On October 22, 2007 residents of Rancho Bernardo were awakened to a rapidly advancing firestorm. Named the Witch Creek and Guejito fires, they quickly consumed over 350 homes and scorched over 9000 acres.

The RB Journal published a story about the Wildfire Exhibit in the October 26, 2017 issue.

In the days leading up the to the 10th anniversary, KPBS recently conducted a Listening Post on October 11, 2017 at the RB Public Library to collect stories from residents on their experiences. On October 20, 2017 KPBS host Maureen Cavanaugh broadcast Midday Edition live from the RB History Museum at the Bernardo Winery. Later that same evening KPBS television Evening Edition broadcast additional stories about the fires and their effects. This video features Ross Rizzo, president of the Bernardo Winery; Mike McSweeney, Manager SDCCU (Qualcomm) Stadium which served as an evacuation center; John Gibbons, Photo Journalist; and Laura Castaneda, Documentarian, all telling unique stories about their experiences in the days following the fires.

From Mid October to Mid November 2017 the Rancho Bernardo Historical Society exhibited a display at their Museum about the wildfires from 2007. The exhibit featured artifacts and news articles about the fire and also included a display of quilts made in remembrance of that event.

Media: RB Journal Article about the Wildfire Exhibit at the RB History Museum)

RB Historical Society President, Nancy Canfield had to evacuate her family. She shared some of the images she captured of the scenes they saw at the Qualcomm Evacuation Center. Click on the gallery to see all the images. 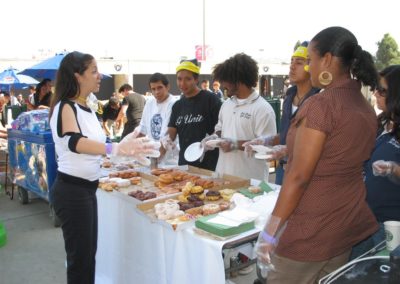 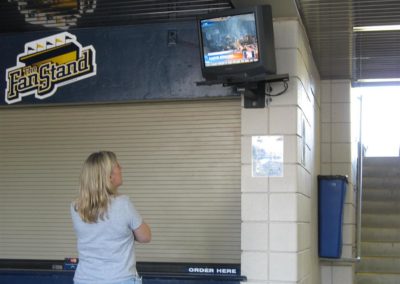 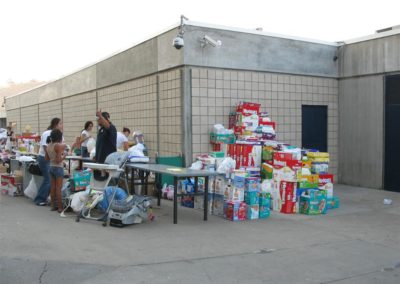 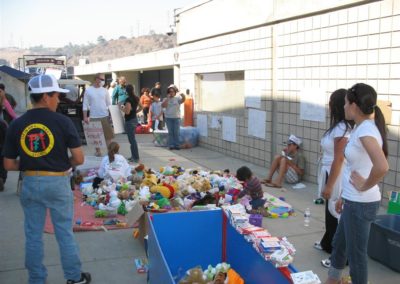 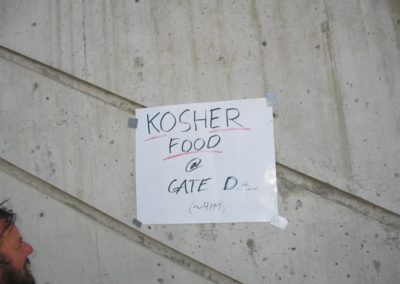 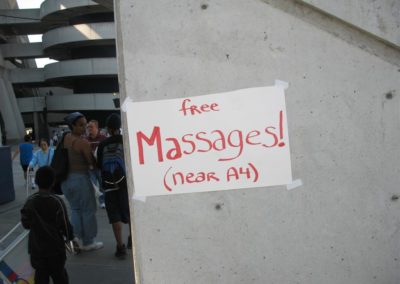 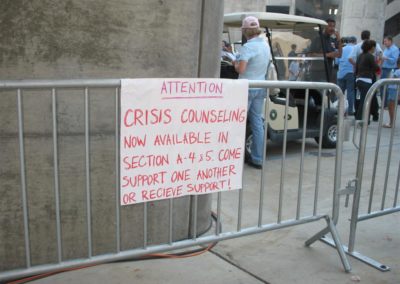 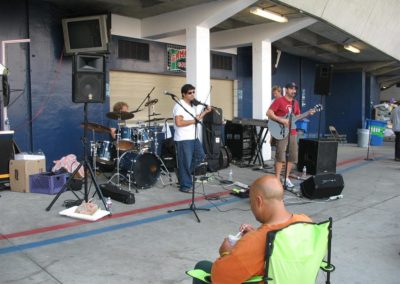