The History of Oceanside

“I will hit the highlights of Oceanside history and add some insights as a third generation Oceansider,” says Daley. “My great-grandparents came to Oceanside about five years after it was incorporated in 1888.” Daley’s business ventures include “running and owning the 101 Café, the oldest café along Historic US Highway 101, and helping to “start many non-profits, including the Oceanside Historical Society,” which he helped found in 1986. 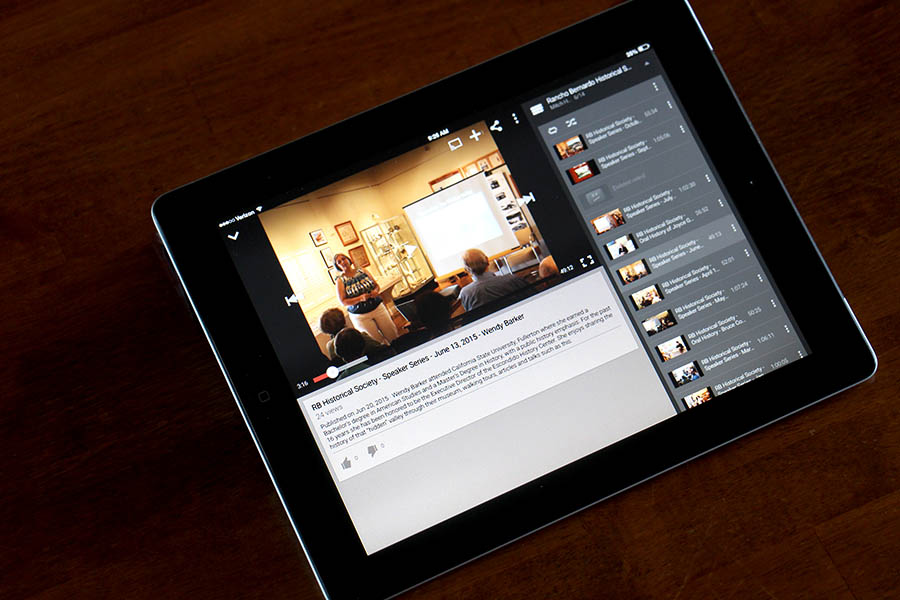 The Railroad Project that Never Happened

The 1887 railroad project connecting the Escondido, Poway, Bernardo and El Cajon valleys never came to be. Find out why.

Will speak on the latest discoveries of the Nate Harrison Historical Archaeology Project.

Resources for Historic Research at the San Diego County Archives

Located within the Office of the Recorder/County Clerk in Santee, the San Diego County Archives was established in 2020 as the repository for official county records going back to the creation of San Diego County in 1850. Those records range from property deeds and mortgage documents to birth, marriage and death records. Our speakers will describe how to access these documents which provide historic snapshots of county life.

The Sikes Adobe and the San Dieguito River Park: Our Natural and Human History Saved

The San Dieguito River Park, created in 1989, has preserved crucial open space, wetlands and wildlife along the watershed of the San Dieguito River from Volcan Mountain in Julian down to Del Mar on the Pacific Ocean. In addition to natural wonders, the park also preserves historic sites like the Sikes Adobe, a farm established by the pioneering Sikes family in 1868. Leana and Blanca will describe some of the natural and historic wonders the park has to offer.

The Latest On Our Past: New Discoveries from the Harris Site

We welcome Richard Carrico, archaeologist, historian, and Instructor of American Indian Studies at San Diego State University, to discuss findings from his recent study of the C.W. Harris site. The site, along the San Dieguito River, now includes the Crosby Estates Golf Course and other residential development. But it is also “one of southern California’s most important cultural resources,” says Carrico, and has been the focus of numerous studies since the 1920s. Carrico’s latest findings have confirmed “evidence of environmental shifts over several millennia…use of large earth ovens, near continuous site occupation for more than 11,000 years, and much much more.

Among the primary functions of the Archives Center is the identification, preservation and storage of records with permanent reference value that capture the City’s history. These records do not simply provide a chronology of events, but rather, they provide a window into the City’s past: the culture, values, challenges and issues that helped to shape the City of San Diego we know today.”

From Measures to Missiles

Mr Rossi will discuss his latest book that outlines a complicated history reflecting the intersection of science, national security and politics. And by politics that means not only governmental politics but also inter-service, inter-departmental and interpersonal politics as well, told by the people who were on the ground, making it happen. From 1951 to 1971, a United States Government laboratory was in operation at Corona, California, During that period some of the most brilliant scientists and engineers in the nation engaged in groundbreaking work in service to the national defense. That work included the creation of the first guided missiles in the U. S. arsenal.

This talk is the story of that lab.

Among the special collections Downie oversaw before her recent retirement was a new research collection, Brewchive ®, founded in 2017 and dedicated to preserving the history of craft brewing in San Diego. San Diego County has been proclaimed the craft brewing capital of the United States, as a result of a wave of breweries established in the 1980s. But the industry has a history going back as far as the 1860s, a history in which women played an essential role. 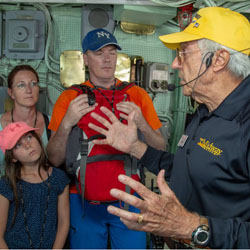 The Floating City at Sea

Jean Harris
A veteran navy officer and longtime docent at the U.S.S. Midway Museum, describes how an aircraft carrier has to function like a city of 4,500 people while on sea duty.

Rancho Guajome and its Cast of Characters

Rancho Guajome Adobe is part of the San Diego County Parks system. The adobe is an authentic 1850s hacienda which served as the headquarters of a Mexican land grant rancho that played a big role in county history. It’s also part of a 112-acre park offering views of a variety of wildlife as well as picnicking, camping and hiking opportunities.
Ron Quirk is a veteran parks guide who served as a park ranger at Mount Rainier and Grand Teton National Parks before becoming a ranger at Rancho Guajome, where he has served for over ten years. He also raises apples in Julian and is a member of the Julian and Vista historical societies.

Dr. Bonura is a native San Diegan. She last spoke at our Speakers series in June of 2017. She is an author that prides herself on telling stories about her native San Diego’s history. In February she will talk about her book about one of San Diego’s founders John D Speckels who was a major developer of downtown.

Past Programs from Previous Years

February – Times were tough but pioneers were tougher.
Marilyn McPhie

October – From Daguerrotype To Digital Images – How to Preserve, Protect and Share Your Photographs
Susan Hill

September – Contributions Made by the Women of Vista
Jack Larimer
Director of the Vista Historical Society Museum.

May – Significance of Native American placenames in our region.
Richard Carrico

April – Origins of the San Diego County fair, which has been in existence since 1880.
Linda Zweig

January – The story of the Californios
Bonnie Martland